Battle of the Brands: Presidential Edition

Battle of the Brands is back, with a special presidential edition! As the election heats up, we thought it’d be interesting to take a look at the presidential branding of the two nominees: Hillary Clinton and Donald Trump.

Although the colors, design, and sentiment of their campaigns should only come second to their political views and proposals, the truth is that these intangible details can subconsciously influence voters’ perception. Luckily, being aware of the meaning behind symbols and stories can help prevent any unwanted persuasion. In this post, we’ll uncover how each candidate uses branding to reinforce their political values and presidential identities.

Our campaign promise to you? It’s all about the economy of your business. Find out how much Brandfolder can save you with our ROI calculator!

Disclaimer: Brandfolder is not affiliated with, or endorsing, any of these candidates. We’re brand people (as you know), and these are a few of the strongest, most influential brands in the media today — so why not take a closer look? 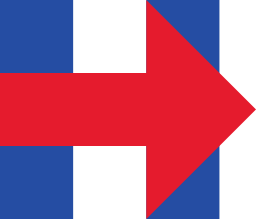 Hillary’s campaign logo uses bright shades of red and blue, which are almost identical to the true shades of the American flag itself. This conveys a warm, welcoming, and optimistic image. Her logo also prominently displays a right arrow symbol, which stands for forward-thinking, progress, and change.

Hillary’s Slogan: “I’m With Her”

Hillary’s slogan, “I’m With Her,” appeals to women and feminists alike. Most obviously, it makes excellent use of the feminine pronoun, “her.” This is a clear, yet gentle reminder that Hillary is the only viable female presidential candidate, and could potentially be the first female president of the United States. It also separates her from her husband and former U.S. president, Bill Clinton, showing that American’s would be electing just “her,” and not “him” or “them.”

If you peruse Hillary’s Twitter feed, you’ll find: properly-composed snippets of her political views, clips of her speeches dating back to the ‘90s, and on-brand graphics illustrating her political plans in a concise, easily-digestible manner. Her videos are touching and heartwarming, from her advocating for women’s rights in 1995, to sharing stories of lives saved by the Affordable Care Act — a cause that she promises to fight hard for. All in all, Hillary’s brand voice is polished and professional.

Lastly, Trump’s logo features the deepest tones of all the candidate’s logos. The royal blue and velvety burgundy convey a sense of regality. Similarly, the five-star imagery along the border is reminiscent of our ever-pervasive, quality rating system. This provokes the notion of excellence, or the “greatness” that Trump believes America needs to return to. 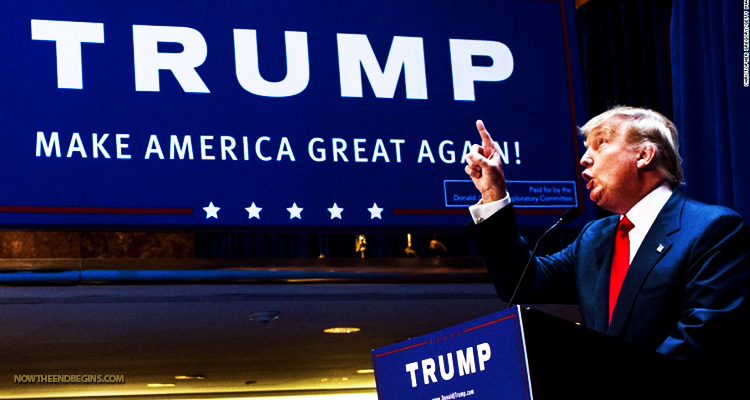 Trump’s slogan is actually not an original slogan — it’s a common campaign slogan that was first used by Ronald Reagan during his 1980 presidential campaign. It’s also been used in speeches by other 2016 candidates such as Ted Cruz and Scott Walker. Ronald Reagan has the 2nd highest approval rating of all the U.S. presidents, according to this study by Gallup, so it’s possible that Trump is trying to channel the Reagan legacy that still holds today.

Trump’s Brand Voice Trumps brand voice is by far the most bold and unafraid of all the candidates. His Twitter feed consists of photos of himself at his rallies, his uncensored opinions of other presidential candidates, and his unfiltered reactions to pertinent political issues and current events. Trump’s outspoken voice, paired with his use of capitalization and copious exclamation marks, makes it seem like these sound bites are coming directly out of his mouth — creating an unmistakable, unique Trump brand voice.

Now that we’ve examined the branding campaigns of the two presidential nominees, which one do you prefer? Will it be Hillary’s bright and polished persona or Trump’s bold candor? Tweet us @Brandfolder and let us know!

Want more Battle of the Brands? Check out: Apple Music vs. Spotify.