Battle of the Brands: Apple Music vs. Spotify

Brands that crush their competition are rarely brands that play it safe. They understand that their brand is more than just a cool logo or a pretty visual. Instead, branding goes much deeper into the meaning behind the brand, overall company strategy, and how to reflect those values throughout everything the brand touches — across digital screens, physical assets, and interactive experiences. In a nutshell, great branding is no easy feat.

Our newest Brandfolder blog series, “Battle of the Brands,” breaks down how competing brands use branding to differentiate themselves from their rivals. We’ll lay out all the facts, like the brand’s target demographic, strategic positioning, and current visual identity. Then, we’ll leave the verdict up to you.

Ready for the first face-off? This week, it’s Apple Music vs. Spotify.

The Universal Appeal of Apple Music

Apple Music’s homepage consists of black and white photography and snippets of musicians performing, effectively capturing a classic look and feel. This black and white element is weaved into both their advertising campaigns and product imagery, which holds the visual identity together. It also aligns with Apple’s overarching brand as a whole — simple but empowering, luxurious but accessible.

One of Apple Music’s main campaigns, “History of Sound,” takes viewers through snapshots in time of music lovers all around the world — people relaxing listening to vintage records in the 60’s, jamming out to CD’s in an ‘80s car, and raving at an EDM show in the 2000’s. It also nicely ties in the evolution of the iPod, and one of Apple Music’s most successful partnerships, Beats Electronics. Although the TV ad is only a minute and a half long, it makes you feel inspired by how it ties the world together — and how Apple Music is the way of the future.

The benefit of Apple Music’s universal branding is that it attracts a wide audience. Its classic black and white theme will stay relevant throughout time, and is accessible to both young and old demographics. It’s a smart branding move, considering that most users of modern music apps stray towards younger, more tech-savvy audiences. As the newest player in the field, Apple Music can capture those who didn’t understand how Spotify or Pandora work, or who aren’t as eager to learn. Apple Music is considerably easier to access, as it’s readily available on all Apple devices and operates similarly to iTunes. Plus, it has the trusted Apple brand name to add to its credibility. 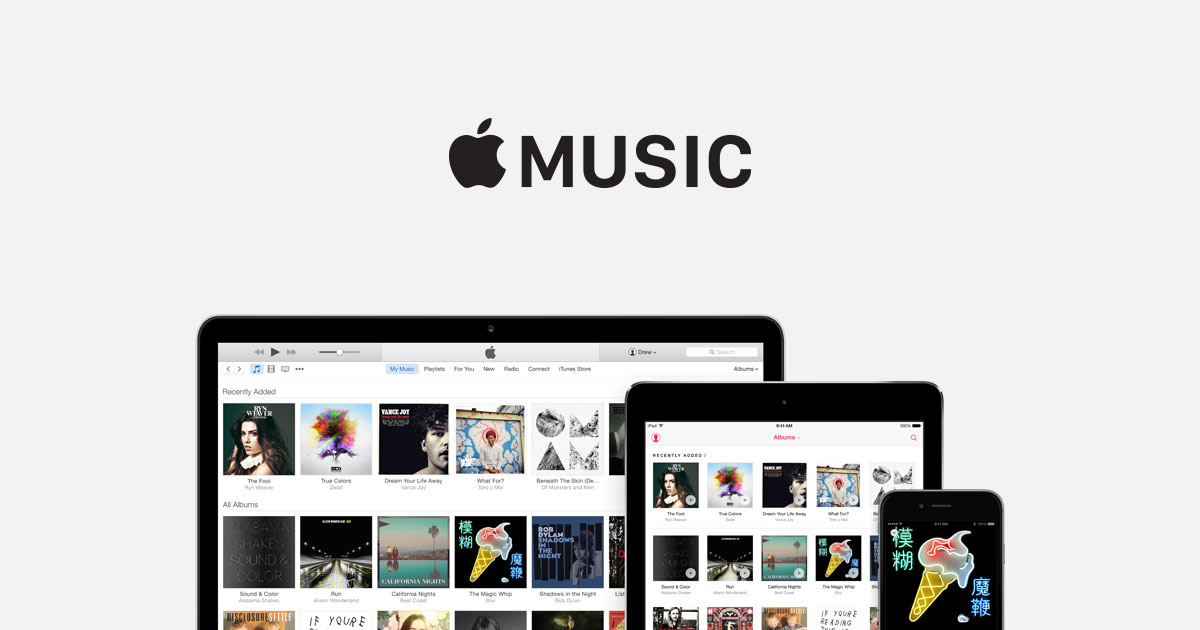 Spotify launched in 2008, and has grown its vast and eclectic musical database to 30 million songs. It claims to release 20,000 new songs every day, and Spotify users have created over 1.5 billion playlists.

In stark contrast to Apple Music, Spotify approached their branding with a flashier, more colorful approach. Spotify partnered with the New York design firm, Collins, to reveal their new brand identity at SXSW in March of last year. Their branding went from a rather bland palette of black, white, and green, to an explosive array of nearly three dozen approved colors. They also implemented a duotone aesthetic to their photography, a creative solution for branding musicians’ images without plastering the company logo on it. 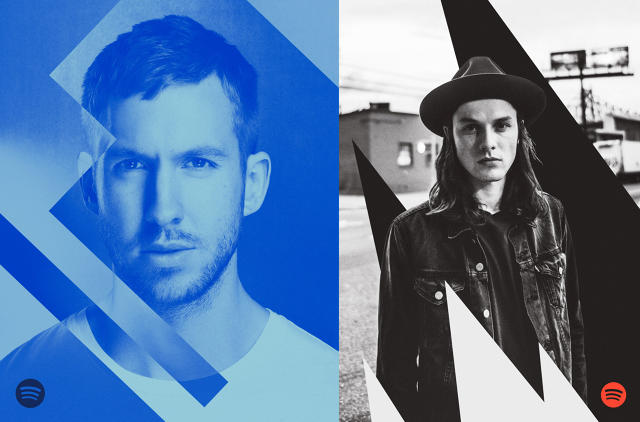 The new look signals a shift in Spotify’s brand identity — from a simple technology company that served up songs, to a vibrant entertainment and music hub. It also more closely aligns with Spotify’s millennial audience — who connect through compelling visuals and have helped form a rich and lively music culture.

Another important element in Spotify’s rebrand is the idea that people emotionally “burst” or have a visceral feeling when their favorite song comes on. To depict this idea, Collins created a series of bursting shapes that can sit behind or in front of content. The Collins design team explains, “When a song profoundly resonates with you, what happens? You cry. You cheer. You scream. You laugh. Or, as we put it, you burst with emotion. Our brand identity system aimed to be the visual corollary to this “bursting” experience.” 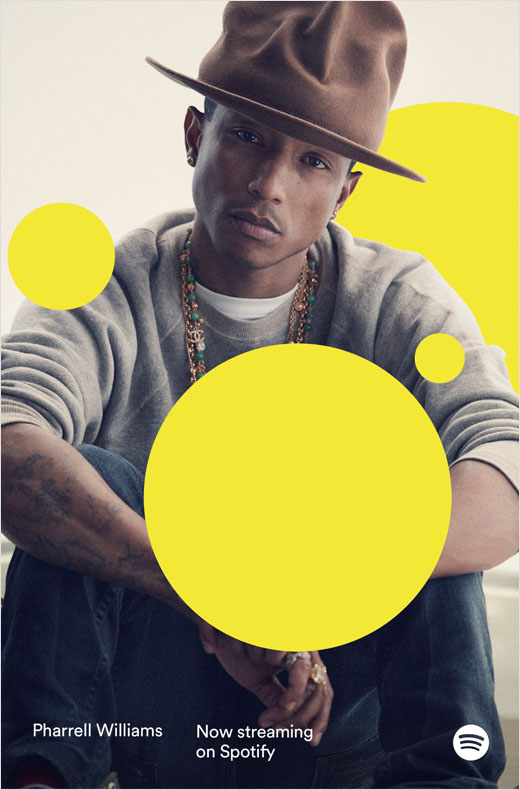 Apple Music vs. Spotify…and the winner is?

So, how does Apple’s classic, universal brand identity stack up to Spotify’s colorful and vibrant look and feel? While Apple appeals to a global audience and attracts an older demographic, Spotify capitalizes on millennials and their lively music culture. So, though both can be considered brand champions in their own ways, we give extra props to Spotify for ushering in the next generation of music listeners. What do you think?