Defend Our Turf: Branding Lessons From the St. Louis Rams

Think you have all the essential ingredients for an explosive marketing campaign? Think again. Even the best-laid marketing plans can go awry if they aren’t closely tied to your larger brand identity. Otherwise, you risk creating a disconnect with your core audience that can dilute the brand image you’ve carefully crafted over time.

But when well-executed marketing aligns with overarching brand identity, the results can be astounding. For an example of this, look no further than the St. Louis Rams.

Last August, the Rams unveiled their “Defend our Turf” campaign, which has all the right ingredients for a successful, on-brand marketing campaign. Aimed at getting families more involved in the spirit of game-day, the Rams worked with local agency Boxing-Clever on creative that featured superhero illustrations of star players like Sam Bradford and Tavon Austin.

Senior Manager of Marketing & Advertising Lisa Boaz gave us the scoop on the campaign’s essential elements.

When we asked Lisa to define the Rams’ brand in one sentence, she said that wasn’t their style. Instead, she prefers to define their brand with seven core qualities: bold, eager, innovate, thrive, fun, swagger and family.  “We want people to think of these traits when they think of the Rams” says Boaz. The “Defend Our Turf” campaign touches on all seven qualities, but this campaign placed a special emphasis on family. In the creative, four members of a local St. Louis family turn into Rams superheroes who come together on game day to help “Defend Our Turf.”

Takeaway: Every marketing decision you make – from partnerships to event themes – should stem from your brand traits. Plus, you can take a marketing campaign to a new level by focusing on a specific brand trait that may not always get the spotlight. 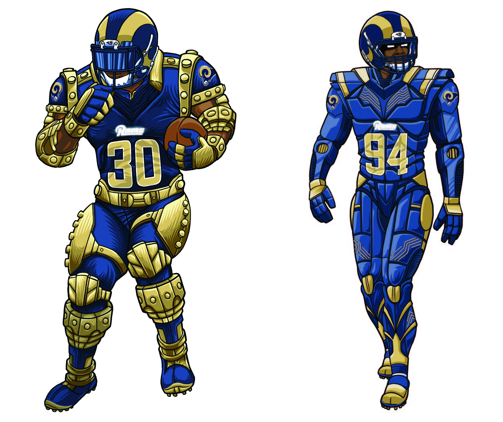 Fifty-three sacks in a single season. Now, that’s what we call a strong defense. After six years of stockpiling defensive talent and world-class coaching, the Rams have earned what the Bleacher Report called “the NFL’s most dangerous defensive lines” heading into the 2014 season

The “Defend Our Turf” slogan was a creative way of reminding fans just what they can expect when the Rams show up on game day – a super sack by Robert Quinn AKA “Black Lightening” or a forced fumble by Chris Long AKA “White Thunder.” The emphasis on their key competitive advantage is highlighted even more by the use of superhero caricatures of their star players, such as Tavon Austin as the Sonic Boom. The campaign effectively unites the fans and players with a common mission that underscores the team’s calling card: the best defense in the NFL.

Takeaway: Think about what makes your brand different from your competitors. Then own it. Be clever about how you position yourself against other teams, products or services.

Field. Zone. Dome. These are just a few of the words the Rams could have used to finish their new slogan. But, they choose “Turf” for a reason. It’s a direct reminder of the field at Edward Jones Dome, where the Rams have played for the past twenty years. Incorporating this language into the campaign helped inspire fans to draw upon their past experiences watching games featuring the “Greatest Show on Turf.” And it worked! Dedicated fans peppered the Twittersphere with #DefendOurTurf tweets after the Rams’ recent victory over the Seahawks.

Takeaway: Tying in a tangible element of your product or a unique aspect of your service to your marketing campaign will bring it home.

Many brand style guides are created with the best of intentions, but they wind up sitting on the shelf gathering dust. For the Rams, their brand guidelines are the playbook they check before every single marketing play. This is especially true given a multi-year effort to switch the primary logo from one that included “St Louis Rams” to the iconic, navy and gold ram’s head. “We believe it’s strong enough to stand alone in the marketplace,” says Boaz. Yet, when a team’s logo is used by hundreds of people in hundreds of places over the years, that kind of evolution is no easy undertaking. The “Defend Our Turf” campaign was another opportunity for the Rams to reinforce their simplified logo as their primary mark.

Takeaway: From taglines to campaign logos, every single marketing component is an opportunity to reinforce your brand standards.

You’ve nailed the who, what and why of your campaign, now for the finishing touch: the when. “Timing is everything,” says Boaz. Although they had the idea for this campaign a few years ago, the Rams waited until 2014 so that it would align with the 15th anniversary of the Ram’s 1999 Super Bowl victory. “Defend Our Turf” reinforced The Greatest Show on Turf campaign, which celebrates Mike Jone’s game-winning defensive play in Superbowl XXXIV.

Takeaway: It’s difficult to sit on a great idea, but executing a campaign at the perfect time can be the difference between a modest first down and a legendary, game-winning touchdown. 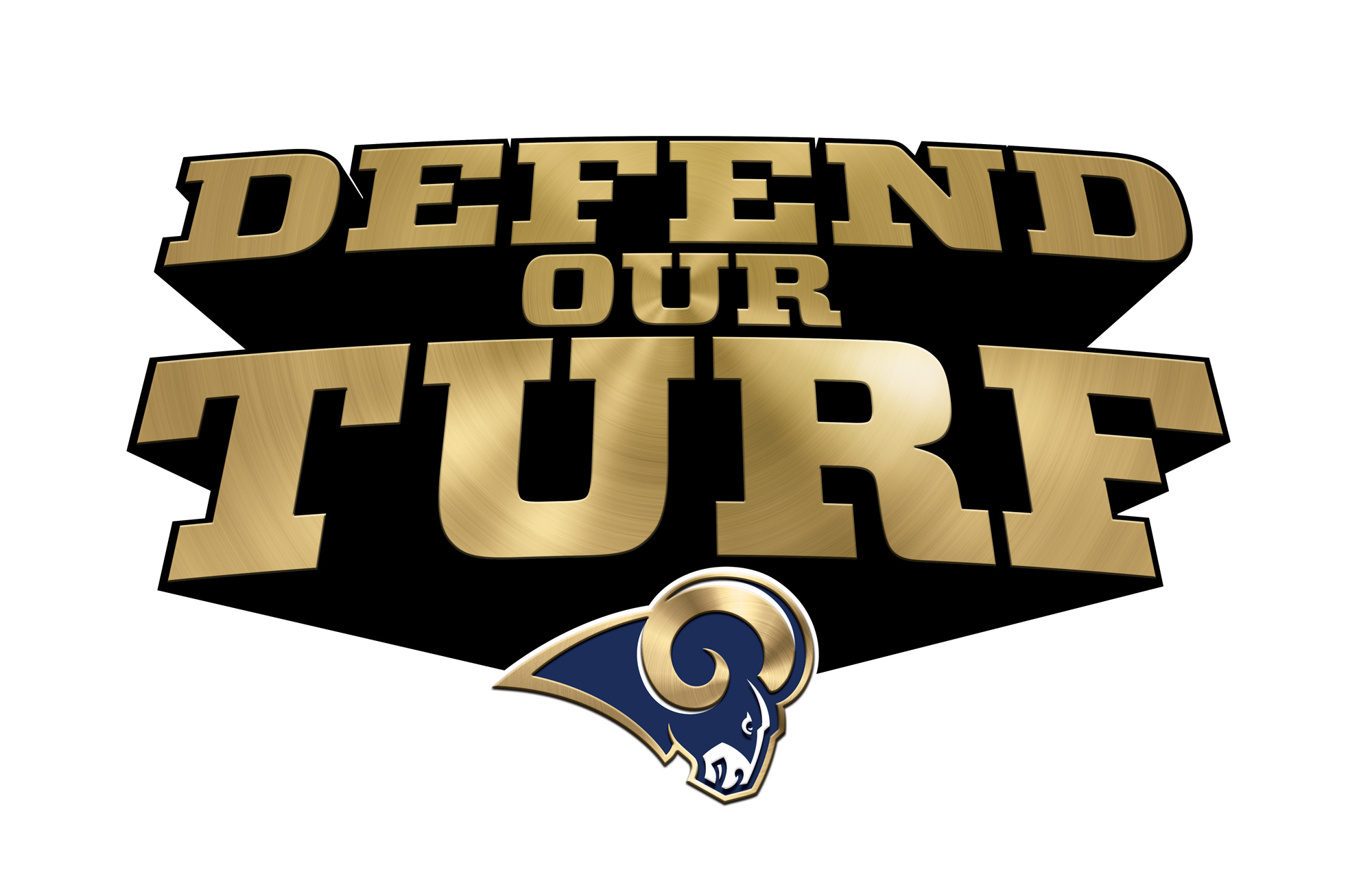 What You Can Learn From The Rams

Humor. Celebrity Spokespeople. Media Buying. These are all critical elements of a winning marketing campaign. But nothing is more important than remaining true to your brand colors.

In the words of Boaz, “Once you establish brand standards, it’s easier to have people really know what your goals are.” So as you’re crafting your next marketing strategy, try out a few ingredients from the Rams recipe for marketing success.